America’s forever war may be ending 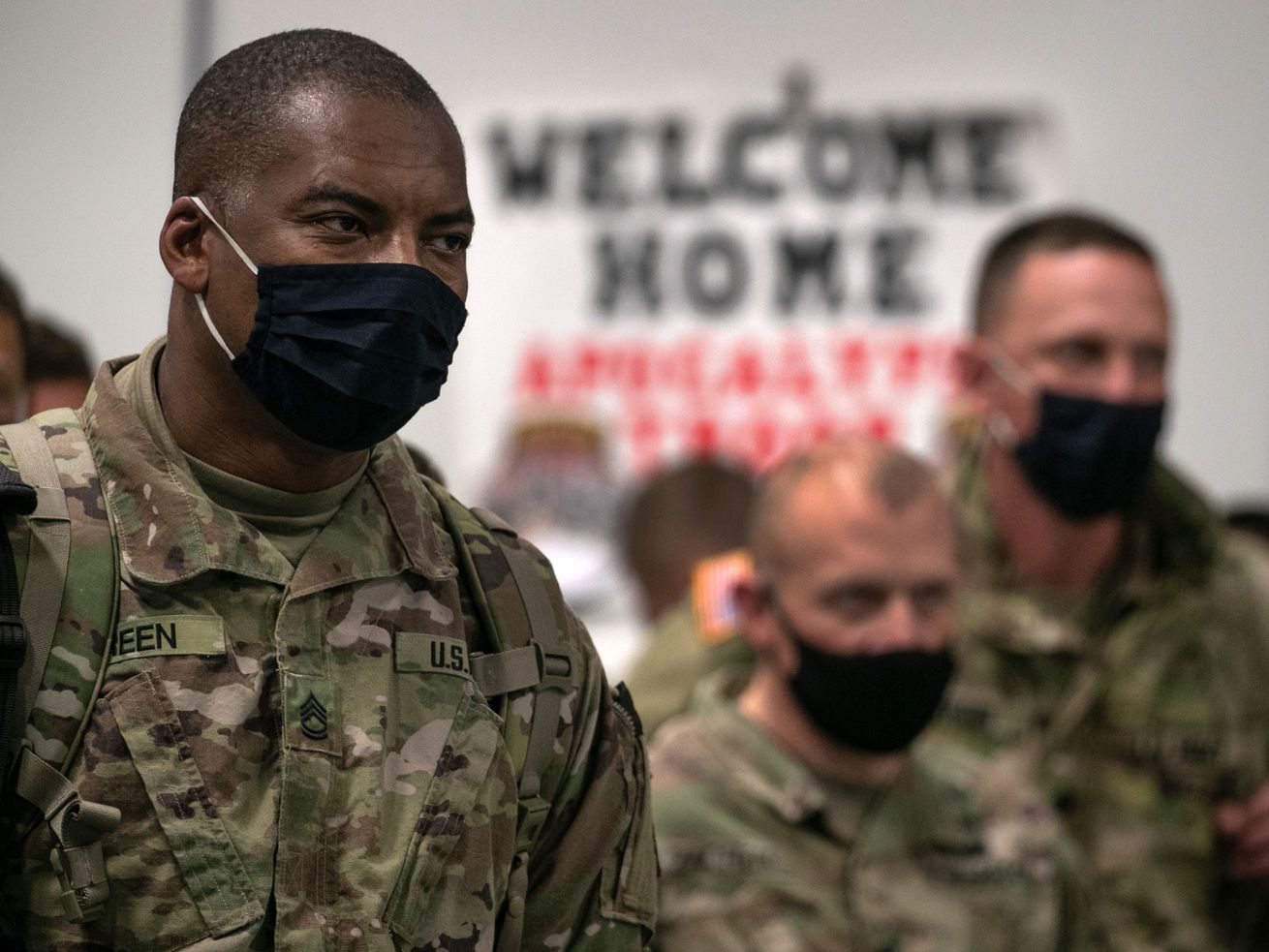 The Biden administration announced that all US troops will be leaving Afghanistan by September 11.

President Joe Biden plans to withdraw all 3,500 US troops from Afghanistan by September 11, 2021, finally bringing an end to America’s longest war 20 years to the day after the terror attacks that prompted it.

Biden is expected to announce the decision, which was first reported by the and confirmed by Vox, on Wednesday. A senior administration official told reporters on Tuesday that US forces “will begin an orderly drawdown of the remaining forces before May 1 and plan to have all US troops out of the country” by the 9/11 anniversary.

The decision is momentous. Biden is the fourth president to oversee the war, but, if all goes to plan, he will be the first to end it. It will mean the end of trillions spent, the American end of a conflict that took roughly 2,400 US lives (not including the thousands of Afghans) and that has plagued US foreign policy for two decades.

Biden didn’t come to this decision lightly, though. It is the result of a months-long policy review that began when he got into office. As part of that review, Biden was presented with three broad options for how to proceed in Afghanistan.

The first was to adhere to former , which would require Biden to withdraw all US forces in Afghanistan by May 1. The second was to negotiate an extension with the insurgent group, allowing American forces to remain in the country beyond early May. And third was to defy the Trump-Taliban pact altogether and keep fighting in Afghanistan with no stated end date.

Biden is sort of choosing the second option: extending America’s presence a few months beyond the deadline, but without the .

That could be a problem, as the Taliban had previously warned that if the US didn’t abide by the May 1 deadline, it would end its months-long ceasefire with the US and resume attacking American troops. The senior administration official told reporters on Tuesday that the US would respond if the Taliban targeted Americans, raising the possibility of in the months ahead.

But with Biden making clear there’s a firm withdrawal date, the Taliban may decide to hold off on attacking the US, some experts say, so as not to risk making the Americans change their minds. The senior administration official said that the withdrawal timeline wasn’t conditions-based, meaning the US will leave no matter what happens over the next few months.

Rep. Andy Kim (D-NJ), who advised top US generals in Afghanistan and was a national security adviser in the Obama administration, likes that plan. “I’ve seen what conditions-based gets you,” he told me in an interview after the news broke. “It gets you 20 years in a war in Afghanistan.”

There’s also another factor here: The president launched a to broker a peace deal between the Afghan government and the Taliban before US troops left. But that plan hit a major stumbling block on Monday when the insurgents with Kabul officials later this week.

Perhaps knowing that achieving peace on a shortened timeline wasn’t going to work, Biden is opting to announce a withdrawal and get US troops out of harm’s way. “What we won’t do is use our troops as a bargaining chip in that process,” an unnamed official told the .

Most experts, though, think Biden realized there’s little more the US can achieve in the country militarily after nearly 20 years of war.

“Biden’s decision to finalize a troop withdrawal, not tied to improved conditions on the battlefield or the peace table, signals a sense of resignation with the long US intervention there,” said Andrew Watkins, the senior analyst for Afghanistan at the International Crisis Group.

But, he warned, “this may just be the start of a whole new chapter in Afghanistan’s conflict.”

Biden pledged during the presidential campaign to by the end of his first term. By using the squishy term “combat troops,” he was essentially leaving the door open to maintaining a small number of troops in the country whose mission would focus solely on counterterrorism operations , not fighting the Taliban.

It seems Biden has abandoned that approach. “We’re going to zero troops by September,” the unnamed senior official told the . 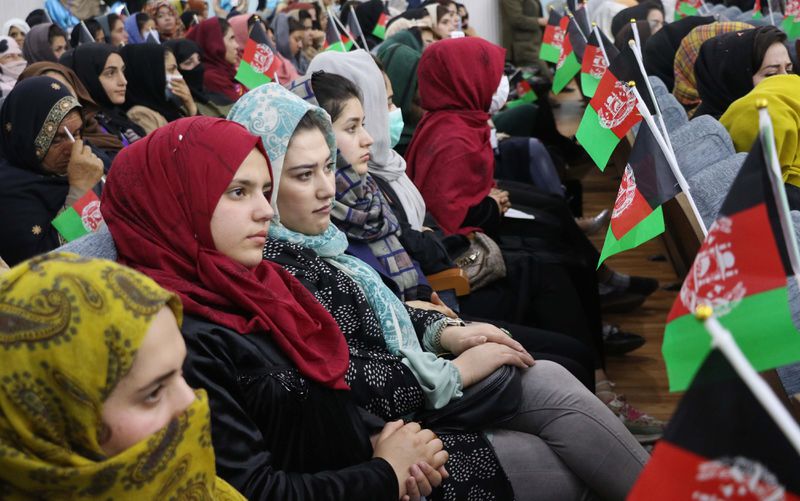 Haroon Sabawoon/Anadolu Agency via Getty Images
Afghan women, youths, activists, and elders gather at a rally to support peace talks and in Kabul, Afghanistan, on March 29, 2021.

The administration is still concerned with ensuring groups like al-Qaeda don’t use the country to plan attacks against America or its allies, though, a senior administration official told reporters. However, the plan is to “reposition” America’s “counterterrorism capabilities, retaining significant assets in the region to counter the potential reemergence of the terrorist threat to the homeland from Afghanistan.”

In other words, there will still be US forces in the region keeping an eye on the terrorist threat in Afghanistan, but those troops won’t be in Afghanistan itself.

The US won’t completely abandon Afghanistan, though. “We are ending our military operations while we focus our efforts on supporting diplomatically,” the official said.

The first is when all NATO troops will leave the country. The senior administration official said that “we will coordinate with NATO allies and partners about a drawdown of their forces in the same time frame” — meaning they also will leave Afghanistan before September 11.

That makes sense, as NATO can’t really do much without American firepower in the country. What’s more, those troops only really joined the US-led war effort in Afghanistan because the US asked them to, calling on NATO allies to come to America’s aid after it was attacked on 9/11. So if the US isn’t going to be fighting the war anymore, there’s little reason for its allies to stay, either.

Secretary of State Antony Blinken and Secretary of Defense Lloyd Austin are currently in Brussels, home to NATO headquarters, explaining Biden’s decision to the allies.

The second question is what will happen to the peace process between the Taliban and the Afghan government in Kabul. The US wants to remain as a key player in diplomacy, but some analysts say the Taliban will have far less incentive to make concessions to the government once US troops are no longer there backing it up. Some experts, then, say the withdrawal will undermine any leverage America had left in the war.

Others disagree. “Ultimately the future of Afghanistan is something Afghans have to come to collective terms on, and the US military presence is preventing that from occurring, said Jonathan Schroden, an expert on the war at the CNA research organization in Arlington, Virginia.

That leads to the third, and most important, question: What’s going to happen to the country after America leaves?

The Taliban currently controls most of the land in the country — and that’s with the US military still there. With the US gone, the Afghan military and security forces will be a lot weaker. That’s why many experts warn that a US troop withdrawal could very well be followed swiftly by a complete Taliban takeover of the country, including the capital city of Kabul.

If that were to happen, it would spell doom for millions of Afghans, not least and children. When the Taliban last ruled the country, from 1996 to 2001, it imposed an extreme, and extremely brutal, form of Islamic government on the country that saw women banned not only from working but even from appearing in public without a male chaperone, and girls banned from attending school.

Though the Taliban of today is not quite the same organization it was when it ruled the country from 1996 to 2001, it still aims to establish its version of an Islamic government — and if is any indication of what that might look like, the future is likely to be bleak for women.

Afghans will also suffer as the Afghan government, trained for years by the US military, tries to fight back against any Taliban advances. A worsening civil war will only exacerbate the nation’s many problems.

Biden’s decision to withdraw isn’t without its perils, then. Republicans, for example, are already blasting the move. “A full withdrawal from Afghanistan is dumber than dirt and devilishly dangerous,” said Sen. Lindsey Graham (R-SC). “President Biden will have, in essence, cancelled an insurance policy against another 9/11.”

But after two decades of fighting in Afghanistan, with very little to show for it except spent and Americans dead, many say it was time for the US to leave.

“This is the right decision,” Rep. Kim told me. “We need to end the war this year.”