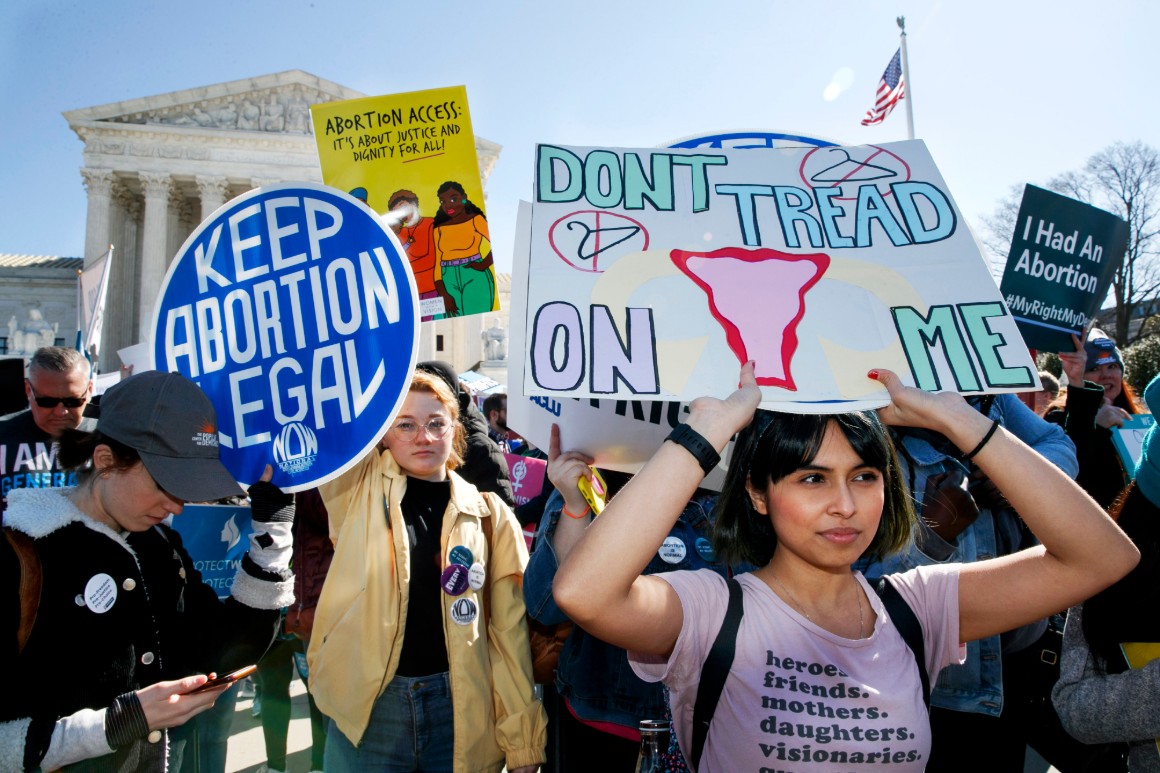 The Supreme Court on Thursday refused to grant the Trump administration's bid to restrict access to medication abortions during the pandemic, in the first reproductive rights decision since the death of Justice Ruth Bader Ginsburg.

Justices sidestepped an emergency stay that would have restored requirements for patients to see a medical provider before obtaining medication to end a pregnancy, saying lower courts should continue hearing arguments on the policy.

"A more comprehensive record would aid this Court’s review," the majority wrote.

Two of the court's most conservative justices, Samuel Alito and Clarence Thomas, dissented, saying the Court should have stayed the lower court ruling and reinstated the restriction on abortion pills.

"Changes in the severity of the problems caused by the COVID–19 pandemic...does not justify the Court’s refusal to rule," they wrote.

How we got here: At issue is a challenge by medical and advocacy organizations to the FDA rules that require a patient to obtain abortion medication in-person from a provider, though the pill itself — prescribed only for abortions early in pregnancy — can be taken at home. The groups, pointing out that FDA allows higher-risk drugs to be provided through telemedicine, argue the policy is medically unnecessary and puts both patients and providers at risk during the pandemic.

In July, a federal judge in Maryland agreed with the groups and blocked the in-person requirement for the duration of the pandemic. The 4th U.S. Circuit Court of Appeals rejected the Trump administration’s request to keep the restrictions in place while it appealed the Maryland judge’s ruling, prompting the Justice Department in late August to request an emergency stay from the Supreme Court.

Why it matters: Both sides of the abortion debate had been closely watching the case for signals of how the Supreme Court would approach the issue after Ginsburg’s death gave Trump the opportunity to shift the court further right.

In the two years since Justice Brett Kavanaugh joined the bench, the Supreme Court had largely avoided abortion cases before Chief Justice John Roberts this summer joined with the court's liberal wing to . The ruling angered conservatives, though Roberts' opinion in the case could lay the groundwork for the court to uphold more state restrictions on the procedure. Anti-abortion groups supporting Judge Amy Coney Barrett's nomination to the Supreme Court are hoping a 6-3 conservative majority would curtail abortion rights, including the reversal of Roe v. Wade.

What's next: The justices weighed in only on the injunction, not the merits of the case. It could very well come back to the Supreme Court.

There are more pending lawsuits in the federal courts regarding abortion medication, the most common method of abortion in the first 10 weeks of pregnancy. The ACLU, which is representing the groups in the challenge to pandemic restrictions, in is pushing for the courts to permanently lift FDA restrictions on abortion medication and allow patients to receive the pills through the mail. Meanwhile, Republican lawmakers and anti-abortion groups have to revoke access to the abortion pill entirely.