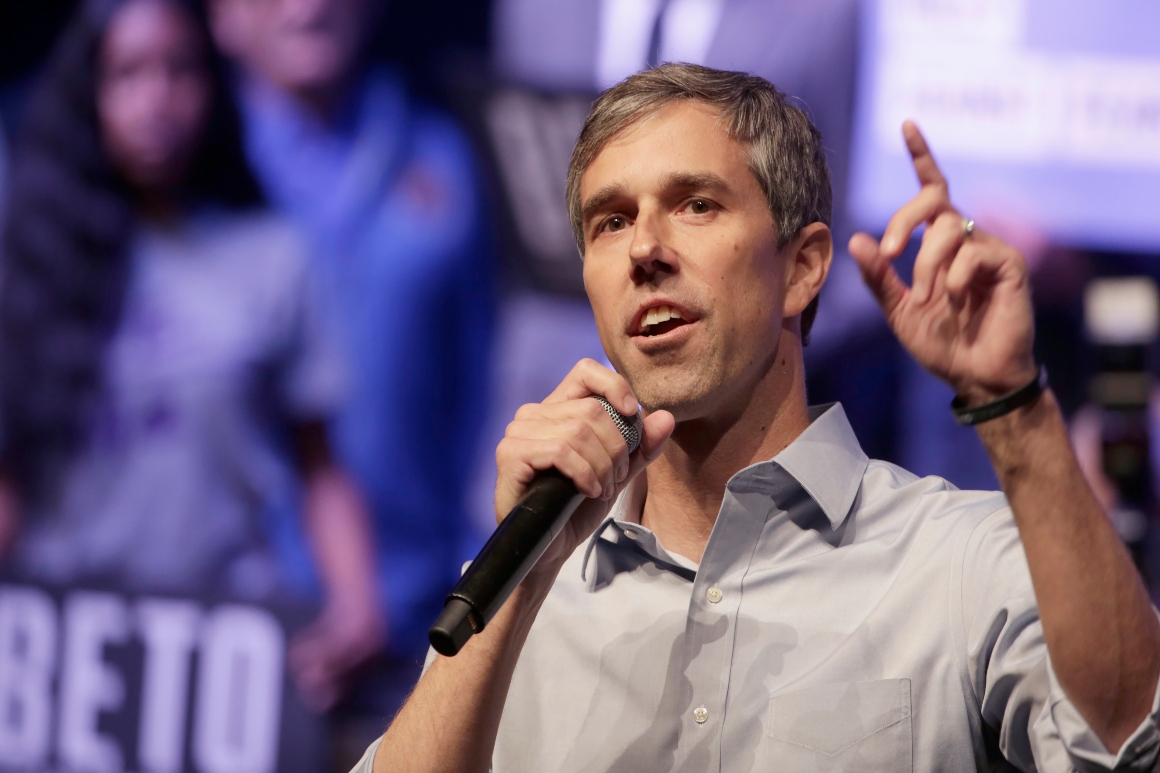 While Ted Cruz was getting clobbered for fleeing Texas amid its historic winter storm, the Democrat he defeated in 2018, Beto O’Rourke, was already deep into disaster relief mode — soliciting donations for storm victims, delivering pallets of water from his pickup truck and once again broadcasting his movements on Facebook Live.

It was part of an effort orchestrated by O’Rourke and his organization, Powered by People, in response to the crisis. It was also, to Texas Democrats, a sign that O’Rourke the politician is back.

The former congressman and onetime Democratic sensation running for governor in 2022,and he has discussedthe possibility with Democratic Party officials and other associates. The drubbing that Texas Republicans are taking in the wake of the deadly storm may provide him with an opening — even in his heavily Republican state.

“After all of Texas freezes over because of poor leadership, I think it’s a different state of Texas than it was two weeks ago,” said Mikal Watts, a San Antonio-based lawyer and major Democratic money bundler.

If O’Rourke runs for governor, Watts said, “I think he could catch fire.”

O’Rourke’s political prospects — like those of every Texas Democrat — appeared to significantly dim following the November elections, with Republican victories in the state grounding Democrats’ once-sky-high expectations there and seeming to confirm the GOP’s continued dominance. Donald Trump carried the state by more than 5 percentage points, and Republican Sen. John Cornyn won reelection by nearly 10 points.

Yet O’Rourke is appealing to Democratic donors and party officials in Texas because of his popularity among the rank-and-file and expansive political network in the state, which he has only broadened since abandoning his presidential campaign in November 2019. One Democrat described him as “the Democratic Party in Texas."

During the general election last year, O'Rourke's organization said it registered some 200,000 people to vote. And Powered by People, which includes two longtime advisers from O'Rourke's political campaigns, was beginning a program to sign people up for coronavirus vaccines when the storm hit, prompting it to shift its focus to the relief effort.O’Rourke, through his group, has raised more than $1.4 million for the recovery, scrambled a legion of volunteers to knock on doors and, via phone banks, made more than 900,000 wellness checks on seniors.

“He has basically done the work of Stacey Abrams in Texas, if you look at this record of raising money and volunteers,” said Eliot Shapleigh, a former Texas state senator and longtime friend of O’Rourke, referring to the former Georgia gubernatorial candidate whose organizing helped elect two Democrats to the Senate in her state in January. “Compare him to Republican leaders. It’s the perfect contrast. Let’s take Ted Cruz. Ted Cruz jets off to Cancun, lies about it, comes back and. Meanwhile, Beto’s raised more than one million dollars, has got thousands of people to make calls … Voters respond to that.”

Despite saying before dropping out of the presidential race that he could not “,” O’Rourke had been considering running for governor, frustrated, among other things, by GOP Gov. Greg Abbott’s management of the coronavirus pandemic and his call for Texas to become a “Second Amendment sanctuary state.”

“Whether or not I run,” , “I will do everything in my power to elect a Governor who looks out for everyone, keeps Texans safe, answers to the people instead of the special interests & guarantees that we all have equal opportunity to achieve our best in life.”

The long-term political consequences of the storm are uncertain. But short term, it has been, including Abbott, who, in addition to sitting as governor during massive power outages, was panned for echoing a misleading claim that renewable energy was to blame for the crisis. A University of Houston put Abbott’s approval rating at just39 percent. And that was before millions of Texans lost power — freezing in their homes and, if they had running water, laboring under orders to boil it.

Still, that same poll put Abbott’s public approval rating 4 percentage points higher than O’Rourke’s. And even some Democrats fear that O’Rourke’s strident position on gun control during the presidential campaign could hamstring him in a general election in Texas, a culturally conservative state with a historic attachment to firearms. Supportive of a mandatory buyback for assault weapons, the former congressman had said during a presidential debate, “Hell yes, we’re going to take your AR-15, your AK-47.”

Colin Strother, a veteran Democratic strategist in the state, said, “Had he not run for president, without the ‘We’re going to come to your house and take your guns’ line, I would have a completely different opinion” on O’Rourke’s statewide viability. Watts called it an “unforced error,” but one that O'Rourke could overcome “if he keeps making good decisions, like the way he reacted to the freeze over the past week.”

James Henson, director of the Texas Politics Project at the University of Texas at Austin, which had Abbott as of late last year, said that if O’Rourke does run for governor, “you still have to favor the Republicans” in Texas.

However, he said: “You can hear the arguments already. The argument is going to be made that Abbott has now underperformed in two major crises in the state — the pandemic and then the big freeze and the power outage.”

Republican strategist Dave Carney, who advises Abbott, said Tuesday that he hopes O’Rourke runs for governor, even though he doesn’t think he will, noting that Republicans successfully yoked down-ballot Democrats to O’Rourke and “it just worked like a charm.”

“He may still get adoring fans who fawn over him around the country,” he said, but“voters in Texas have not been enamored.”

Still, while generally critical of O’Rourke — “Beto’s like a moth to a flame. If there’s a TV camera there, he will be there” — Carney said that “during a crisis, anybody helping out is a good thing.”

Rep. Alexandria Ocasio-Cortez (D-N.Y.) has raised for the disaster relief, as O’Rourke has noted during his frequent livestreamed appreciationsof other people helping.

For his part, O’Rourke on Saturday drove nine hours from his home in El Paso, which was of the storm’s effects, to Austin, and by Tuesday was in the Rio Grande Valley, bringing water to people and checking on them at their doors. He called the drive to Austin the “El Paso to Austin straight-shot telethon,” as an adviser updated viewers on where they were and how much money had been raised.

The episode wasn't explicitly political — O’Rourke was joined at one stop by a man wearing a red Trump hat — but it was inescapable how reminiscent the livestreamed road trip was of how O’Rourke had run his last two campaigns. When his adviser Cynthia Cano asked him how it felt to be back on the road, O'Rourke appeared to be in his element.

“I feel good,” he said. “Honestly, my right butt hurts from driving for the last eight hours. But overall, I feel good.”