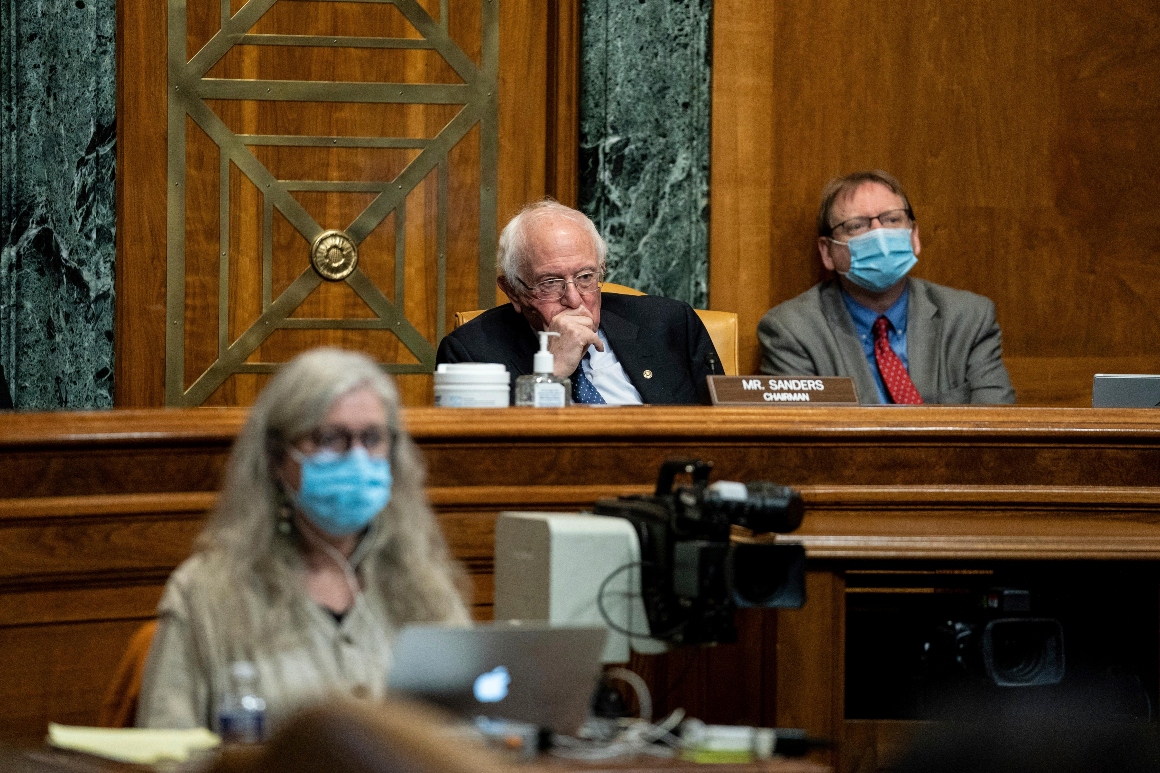 Joe Biden spent lots of time talking about unity and bipartisanship in Washington over the last two months. But at the moment there’s a more urgent imperative: keeping Democrats in line.

The flailing nomination of Neera Tanden to be Biden’s budget chief shows that a single wayward Democrat can turn any single vote into a knife fight on the Senate floor. With two other Cabinet nominations under GOP fire and a massive Covid aid package coming up, Biden and Senate Majority Leader Chuck Schumer need rock-solid unity to ensure the opening months of Biden’s administration don’t get derailed by intraparty feuds.

But despite Biden’s close relationships with senators in both parties, it rarely goes that smoothly. Sen. Joe Manchin (D-W.Va.) goes his own way and Sen. Kyrsten Sinema (D-Ariz.) rarely tells party leaders her stance ahead of time. That dynamic ramps up pressure on the White House to help Schumer keep his caucus together. If Republicans can generate lockstep opposition to Deb Haaland’s nomination to lead the Interior Department or Xavier Becerra’s ascension to Health and Human Services secretary, more tough battles lie ahead.

“We have to have every single person voting in agreement,” said Sen. Debbie Stabenow (D-Mich.), who serves on Schumer’s leadership team. “And we have a very diverse set of people that represent very small states to big states.”

Biden campaigned as the guy that could make progress with Republicans. And it looked like he’d have to until two shocking wins in Georgia gave Democrats the Senate last month. But today's Republican Party isn’t the same one he served with for 36 years. And Biden has alienated some Republicans in the early days of his presidency by pressing to pass $1.9 trillion in coronavirus aid on a party-line vote rather than working toward a bipartisan compromise.

That has forced him and Schumer to navigate their party through internal disagreements over key components of the Covid package, like who should receive stimulus checks and how to handle progressives’ push to raise the minimum wage. Not to mention the need to put up 50 Democratic votes on tough nominees, since Biden and Schumer can’t rely on Republicans to bail them out.

One potentially gettable moderate, Sen. Susan Collins (R-Maine), is icy toward Schumer after he tried to oust her in Maine’s 2020 Senate race. But her deference to Biden on some issues doesn’t mean she can be a reliable lifesaver when someone like Manchin or Sinema thrusts a nomination or floor vote into peril.

She’s a no on Tanden and said in an interview she’s undecided on Haaland and Becerra, who has contacted her for a follow-up call. Asked if she has much of a relationship with Schumer these days, she replied flatly: “No.”

“I’ve talked to the president four times since the election, he’s called me. I’ve talked to his legislative director, Louisa Terrell, and I talk to a host of Democratic senators as well,” Collins said. “I’ve not had anyone in the White House call me on a nominee.”

Schumer and Biden got a positive sign from Manchin on Wednesday when he announced support for Haaland. Sinema, however, is still quiet on her and Tanden's nominations. Manchin shrugged off a suggestion that he had given Senate Minority Leader Mitch McConnell leverage in coming out against Tanden early: “You’re thinking more strategically than I do.”

It was a last gasp at salvaging the pick once Manchin signaled his opposition and most Republicans stood together against her. Sen. Lisa Murkowski (R-Alaska) still hasn’t announced her vote and said the White House, but not Tanden herself, has gotten in contact.

Murkowski is also reviewing a 2017 tweet from Tanden telling the senator that she was “high on her own supply" in reference to the Senator’s advocacy for lower corporate tax rates.

Senate Democrats are split on where to cast blame for Tanden's stumbles as they look ahead to more rough votes. Sen. Tim Kaine (D-Va.), for example, was not exactly pleased that his Democratic colleagues hadn't given more deference to Tanden.

“Democrats were willing to vote for Republicans who trashed Democrats because they accepted their apology. Why would Democrats not extend that same courtesy to Neera Tanden?” he said.

But Sen. Elizabeth Warren (D-Mass.) pointed to the wall of GOP opposition as the problem, far more than Manchin. Several other Biden nominees with relatively partisan records have advanced with bipartisan support.

“Whatever Sen. Manchin does, it is no excuse for 50 Republicans to line up against a woman because she issued some sharp tweets,” Warren said, predicting Haaland and Becerra would be confirmed.

White House sources, meanwhile, insist that the problem isn’t a lack of Hill savvy. They say they undertake more outreach with individual senators than what’s been made public. The White House pointedly noted that it would keep contacts with senators and the contents of those conversations private, leaving it up to individual senators what they wanted to share.

And both advisers and allies say that any scuttling of Tanden's nomination would remain an outlier given that most other Cabinet nominees have advanced with bipartisan support. Notably, Alejandro Mayorkas’ nomination to lead the Department of Homeland Security received six GOP votes after Republicans tried to derail him, a sign that Democratic unity can bring along Republican votes as well.

Nominees are one thing, but Biden’s coronavirus aid package simply can’t fail if Democrats want to show they can competently run D.C. and deal with the pandemic under slim majorities. Manchin and Biden have had multiple discussions focusing mostly on Covid as part of outreach that's been “across the board, at every level” of the White House, according to one source close to the discussions.

But outreach isn’t what it used to be, even on Capitol Hill. Senate Democrats don’t even have physical caucus meetings anymore because of the pandemic, which increases the degree of difficulty involved in accurately assessing where the 50-member caucus stands.

Schumer maintains a furious pace of group Zoom meetings, masked one-on-ones and phone conversations to counteract the challenges he and Biden face in keeping a caucus that spans Manchin to Sen. Bernie Sanders (I-Vt.) on the same page as much as humanly possible.

“He works 48 hours a day,” Stabenow said of the Democratic leader. Asked on Tuesday how he lines up his senators, Schumer showcased his signature old-school flip phone.

One senior Democrat close to the White House said ultimately it was up to Schumer to keep the caucus together and find compromise. Biden’s style is more soft cajoling than in-your-face arm-twisting, this Democrat noted: “Biden’s not going to terrorize Joe Manchin.”

But there’s plenty of room for Biden’s team to steer clear of unforced errors, like the failure to give Sanders a heads up about Tanden’s nomination. Sanders has not announced his position on Tanden but did delay her committee vote on Wednesday.

Marianne LeVine contributed to this report.