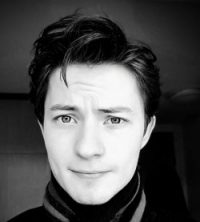 On its passage through Parliament, the attracted a great deal of criticism, the majority of which was directed towards the – since withdrawn – provisions which purported to break international law (albeit apparently only in a limited and specific way). Another, perhaps initially overshadowed, criticism, now coming to a head in a being mounted by the Welsh Government, has been that the Act represents a ‘power grab’ by Westminster.

This post explores one of the issues raised in that challenge, namely whether provisions of the UKIMA ‘ostensibly – albeit implicitly – limit the scope of the devolved powers of the Senedd’. It considers two issues in turn: Firstly, the prima facie interaction between the UKIMA and Senedd competences and, secondly, the possible judicial treatment of this interaction.

1. How does the UKIMA appear to interact with devolved competences?

The competences of the Welsh Parliament (the Senedd) are limited in two ways relevant to present discussion. Firstly, there are areas of policy – ‘reserved matters’ – listed in of the , over which the Senedd has no jurisdiction. According to , ‘[a] provision is outside… competence so far as… it relates to reserved matters’.  Secondly, there are ‘protected enactments’. Although the fields of these enactments are not necessarily beyond Senedd competence, stipulates that ‘[a] provision of an Act of the Senedd cannot make modifications of… any of’ the protected enactments.

The Welsh Government claims that these limitations, coupled with the protection of the UKIMA from modification, amount to an effective expansion of the ‘reserved matters’ list ‘through the back door’. It claims that this equates to implied repeal of the GoWA, something which cannot be achieved because the GoWA is constitutional legislation. This hangs, however, on how the courts might make sense of the interaction between the UKIMA and devolved competences provided in the GoWA.

2. How are the courts likely to treat this interaction?

Although the market access principles mean that a piece of Senedd legislation will ‘not apply in relation to the sale’ or ‘is of no effect… to [a certain] extent’ this is, importantly, different to the system employed in the devolution legislation – as in – that purported legislation is ‘not law’ so far as it is outside legislative competence. The market access principles do not mean that a piece of legislation is ‘not law’. Neither does the UKIMA appear to place a burden on the courts to ‘disapply’ relevant requirements; these appear to be disapplied by the UKIMA itself. There are, therefore, a number of different ways the courts might treat the UKIMA’s interaction with devolved competences.

(a) Reliance on Constitutional Statutes(/Principles)

(b) A Narrow or Broad Reading of ‘Competence’

The court might be minded to adopt an interpretation of this interaction that depends on the very nature of ‘competence’. It could suggest that, because the UKIMA does not affect whether devolved legislation is ‘law’, it therefore does not affect competences. An analogy for this can be found in the case: it is not the case that a law which is disapplied for reason of incompatibility is no longer law, it is just not given effect by the court. However, it should be noted that Lords Neuberger and Mance in HS2 did suggest, at paragraph 206, that Factortame meant that ‘European law requires them to treat domestic statutes… as invalid if and to the extent that they cannot be interpreted consistently with European law’. If this is the interpretation the court prefers, then invalidation may be the price for an interaction with the UKIMA.

A potential route for the court out of this conundrum might be to rely on . This provision means that, inter alia, ‘any provision of an Act of the Senedd… which could be read in such a way as to be outside the Senedd legislative competence… is to be read as narrowly as is required for it to be within competence or within the powers, if such a reading is possible…’ This provision might mean that the court, depending on its interpretation of the nature of a competence, could justify interpreting the extent of devolved competences narrowly in a way that means the UKIMA does not in fact reduce them.

Alternatively, the court might prefer a broader reading of competences. In the case, the Scottish Continuity Bill included a provision – s 17(2) – that ‘subordinate legislation… is of no effect unless the consent of the Scottish Ministers was obtained’ beforehand. In that case, the Supreme Court held, at paragraph 52, that such a provision ‘would therefore limit the power of the UK Parliament to make laws for Scotland, since Parliament cannot meaningfully be said to “make laws” if the laws which it makes are of no effect’ (emphasis added). Competence, on this view, is broadly construed (although not unreasonably) to mean the power to make ‘effective law’, rather than just ‘law’. This would in turn mean that the UKIMA provisions which mean Senedd legislation would ‘not apply’ or be ‘of no effect… to [an] extent’ would equate to an impact on devolved competences themselves, lending itself to the Welsh Government’s position.

A third route open for the court is to distinguish legislation in the field of the UKIMA, even if incompatible with the market access principles, from modification of the UKIMA itself.  This interpretation would mean that such Welsh legislation would still be within the competence of the Senedd and would be effective, but it is difficult to say with certainty that ‘modify’ can be read this narrowly. In the Continuity Reference case, although there concerned with very different issues, the Court held, at paragraph 51, that:

This is obviously analogous to the position regarding the UKIMA and Schedules 7A and 7B of the GoWA. It suggests that protecting an enactment is a far more confined limitation than reserving an entire field. However, the Court went on to say in the same paragraph that:

This, therefore, would seem to hinge on whether an Act of the Senedd, because of its incompatibility with the market access principles is ‘in conflict with [the UKIMA]’s unqualified continuation in force as before’. The point here is that, although it is unlikely that a court would seek to collapse modification and reservation, the precise location of that dividing line is not easily identified.

The Welsh Government’s challenge to the UKIMA depends on the claim that, in effectively extending the reservations listed in Schedule 7A of the GOWA, the UKIMA impliedly repeals a piece of constitutional legislation. The court will, it seems, have to answer other questions about the way the UKIMA actually interacts with devolved competences themselves before it can come to a conclusion on that question. The Welsh challenge is framed as a win-win: if the UKIMA’s effects on devolved competences amount to an amendment of the GoWA, the constitutional statutes formula would seem to suggest that the courts would ‘read down’ the UKIMA to that extent. Conversely, if the court suggests that devolved competences are not impacted by the UKIMA (at least to the extent that the GoWA is amended) then the Senedd’s competences remain intact. It is only the intermediate position that is troubling for the Welsh Government: if the court concludes that the UKIMA does affect the realities of devolved competence but not to the extent that this amounts to an implied amendment of Schedule 7A.

The courts have for a long time, and in appreciation of the constitutional significance of devolution, been happy to interpret competences in the devolved institutions’ favour; indeed, they have an obligation to do so. Yet, there is only so much protection the courts can provide. Neither the Senedd nor the Scottish Parliament consented to the UKIMA and yet it remains on the statute book nonetheless. Further, as the Continuity Reference demonstrated, Westminster remains able – provided the political will can be mustered – to wield its sovereignty to outmanoeuvre a review of this kind. Indeed, the Internal Market Act is arguably a proxy for debates about the very nature of the post-Brexit Union, whose future is arguably more uncertain than ever. It is against that backdrop that Westminster may wish to think carefully before clarifying what is really meant by ‘taking back control’.

My thanks to Professor Mark Elliott and Professor Alison Young for their helpful thoughts and comments on an earlier draft. Any errors or omissions remain my own.

Nicholas Kilford, PhD Candidate at the University of Cambridge